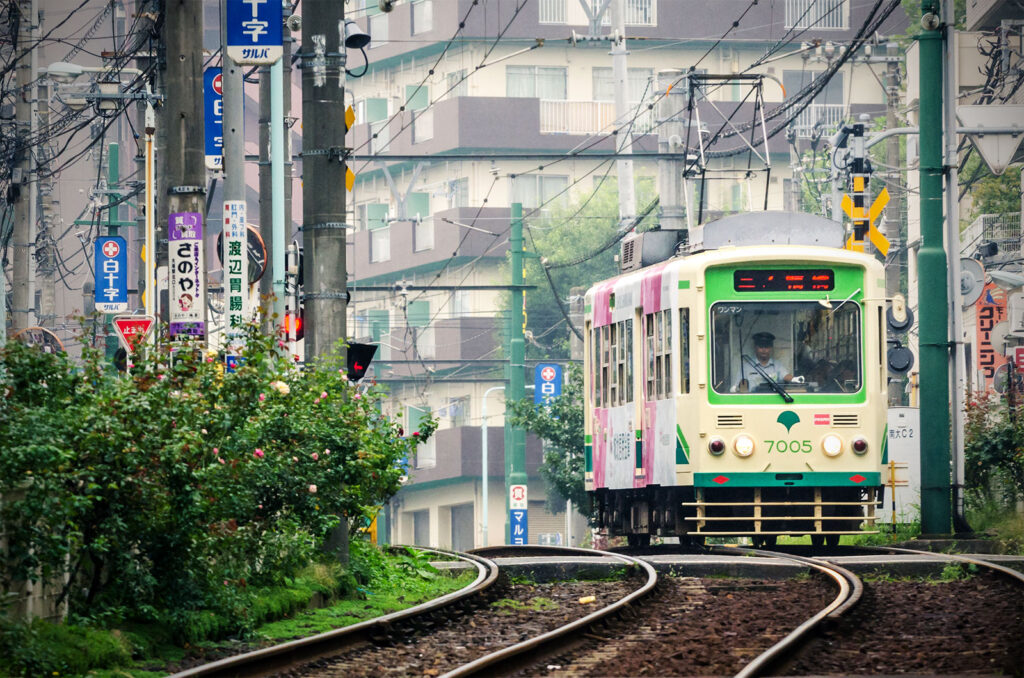 Otsuka Station is not a very large station but during the month of August over 1.5 million people come to see the Awa Odori Dance Festival.

Otsuka Station大塚駅・おおつかえき (大塚: 大 – large 塚 – mound) was first opened in 1903. It is best known for its Awa Odori阿波踊り・あわおどり dance festival, the second largest in Tokyo after the one in 高円寺こうえんじ・Koenji . At the 阿波踊りあわおどり・Awa Odori dance festivals teams of dancers from different 近所きんじょ・neighborhoods work together to choreograph and perform a frenzied dance to the sound and rhythm of drums and gongs. Each team also has a unique, brightly colored コスチュームcostume.

The teams compete against one another for all sorts of 賞品しょうひん・prizes. The 祭りまつり・festival lasts all day long and into the night and when day turns night, the street in front of 大塚駅おおつかえき・Otsuka Station is decorated and lit by 灯籠とうろう・paper lanterns and the dancing gets wilder. 大塚阿波踊りおおつかあわおどり・Otsuka’s Awa Odori is held on the 12th and 15th of ８月はちがつ・August every year and attracts upward of 1.5 million spectators.

The costumes worn by participants alone are worth having a look.