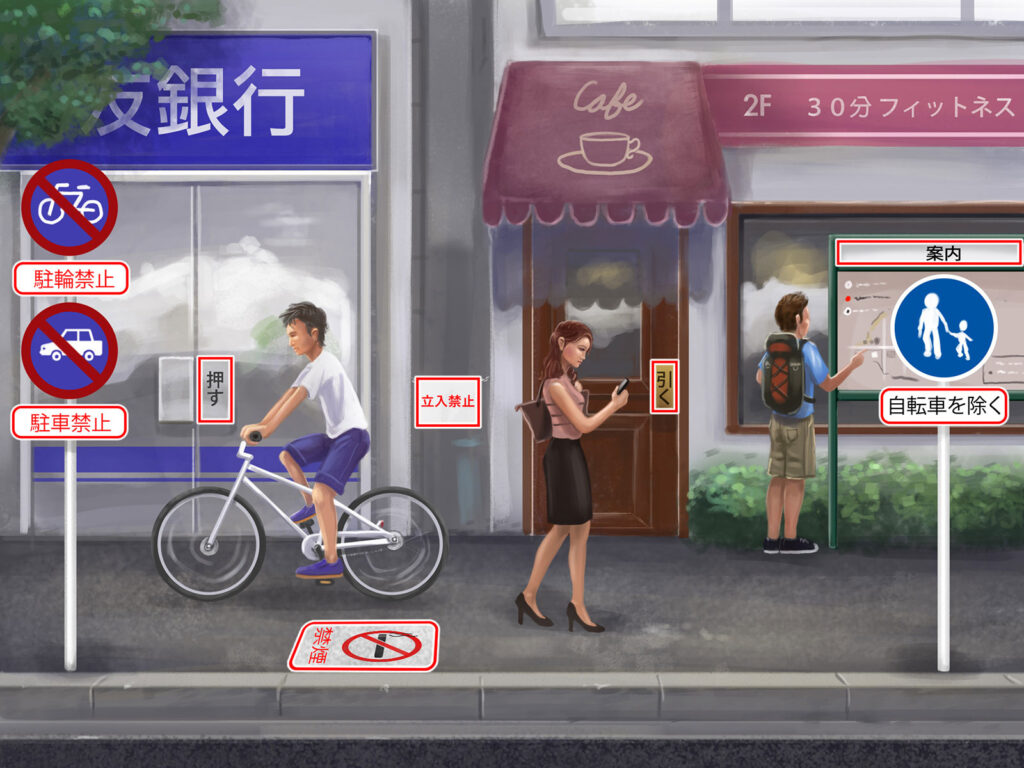 Japan is a country full of instructions. The problem is most of it is in Japanese. Learn these key phrases to navigate the city like a native.

Japan is full of instructions. At least, that’s how it seems to me when I first arrived from the UK. Back in London, there might be a sign telling us to be careful on an escalator; in Japan, there will be sign, but the escalator may also start talking to us, just in case.

Fortunately, the majority of us have enough common sense to use an escalator in a safe manner. But there are many other rules or ways of doing things which are not so self-explanatory: elevators that need to be encouraged to close their doors, smoking rules that are the reverse of many other countries, and many places where so many things are forbidden…

I’m still making my peace with elevators in Japan. I’ve seen far too many people rammed by doors that are inexplicably not equipped with (working) motion sensors. There is also the unspoken elevator etiquette. If you’re standing by the control panel, you have the greatest responsibility: hold down that open button for people to get on and off, and then press the close button for a swift departure to the next floor.

Given the widespread tendency to ignore push/pull signs in English, I’m not sure how useful the following kanji will be, but in theory they should help you open doors like a smooth operator.

If you need to know where you are, what shops/facilities are in the vicinity, or the meaning of life, look out for:

Similarly, general information may be displayed on a sign marked:

If you see 止, you are not allowed to do something. This is often written as which translates as prohibition or ban.

You will see it everywhere – learn it fast.

Of course, there are many things that you are allowed to do – like visit the restroom or drink from the water fountain. It’s just sometimes these things aren’t working.

Although another crackdown on cyclists has recently been announced, cycling laws seem to be randomly enforced in Japan, which means that many cyclists ride however they please – on the pavement, off the pavement, and –terrifyingly – on the wrong side of the road into traffic.

Despite this somewhat cavalier attitude, I was full of concerns and spent time worrying over the sign that appeared beneath red one-way signs. Turns out, I should have just relaxed…

The most important kanji to learn is bicycle itself – 自転車じてんしゃ. If you are not allowed to park your bicycle, which in Tokyo seems to be pretty much anywhere that isn’t a designated bicycle park, you will see this sign:

Which, of course, contains the all important 止.

At many places likes museums, where you buy your entrance ticket will be a different place from where you enter, and so proudly identifying 入り口 and marching towards it will likely get you turned away.

You may spot 案内 for information or 受付 for reception. But things are a little more complicated when it comes to where you buy your ticket as there are several variations depending on where you are.

Look out for combined with for ticket and/or for ‘sales place’.

You may also spot:

The next challenge is to correctly identify the type of ticket you need and therefore how much the (entrance fee) will cost you. Adults will be listed as or which just means ‘general’.

Discounts for children or the elderly may be listed with ages marked, followed by the kanji for ‘years old’ – . Children may be listed as 子ども/小人 but it’s also common for the fees to be broken down by school level:

Since everyone loves a discount, it’s worth learning these kanji to see if you or your kids are eligible.