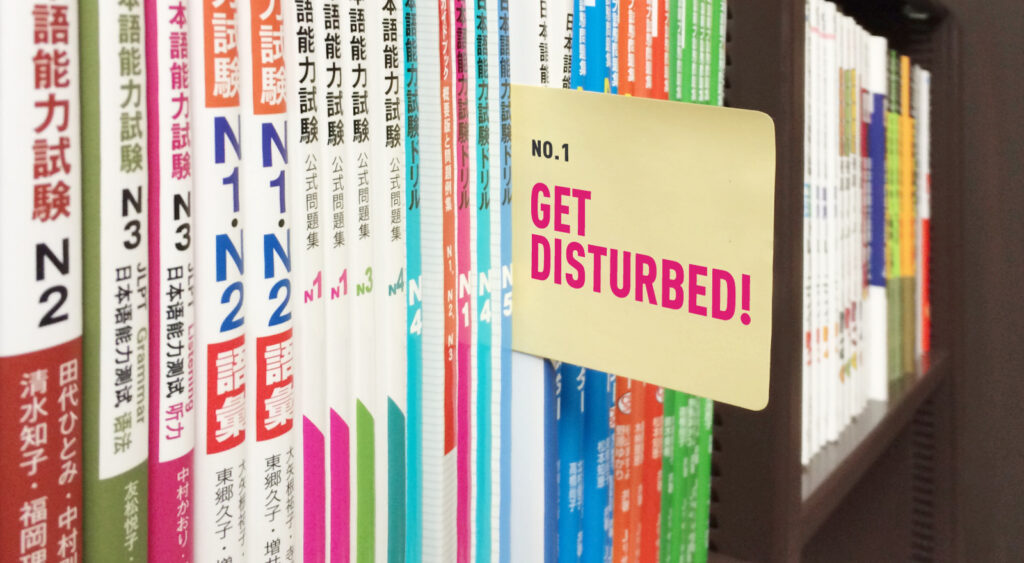 Follow the steps laid out in these six articles and your approach to studying Japanese will undergo a transformation!

Have you been in Japan for a while but not seeing the language progress you want? Do you work in an English-speaking environment and struggle to find opportunities to speak Japanese? Maybe you spend half your life on the Yamanote line and don’t have time to study.

Follow the steps laid out in these six articles and your approach to studying Japanese will undergo a transformation, bringing you one step closer to fluency!

Living in Japan and losing direction in your Japanese studies is a difficult place to be. I should know. I’ve been there. After living in Japan for 18 months I had made very little progress. Despite speaking five languages fluently, Japanese was eluding me. I was too busy living my life and spending the little study time I did put aside on low-impact activities.

Making progress from a place of stagnation involves changing the way you look at language learning and, most importantly, unlearning the bad habits you’ve already picked up. When I do case studies with struggling language learners on my blog, this is one of the things I spend the most time on.
We are going to deal with that problem head on, because that’s the only way to dig yourself out of the dip.

I’m going to give you highly actionable steps to take at the end of each post, but you will need to be proactive. Scrolling through this on your iPhone and then not following up just isn’t going to cut it!

So let’s get started.

How Have You Been Studying?

First, we’re going to look at how you have been studying up until now.

Fire up the Notepad app on your phone and make a list of everything you’ve been doing to study Japanese in the last six months. From your JLPT textbook, to your kanji smartphone app on the train, to your lessons in the local school – rack your brains and try to get everything down.

When you’ve done that, rank the activities in order of roughly how much time you’ve spent doing them. If you’ve spent more time watching Japanese TV than anything else, put that at the top of the list. Be honest, there’s nothing to lose here!

Reflect on your list and notice how you’ve been spending your time. I don’t know what you’ve put down, but I’m going to suggest that those items at the top are things that you should probably not do any more.

It doesn’t really matter how good you think these activities might be (you might even encourage your English students to do the same things!), but think about it, if your top activities had been highly effective, you wouldn’t be left wondering why you haven’t made more progress.

This gets to the heart of it – reinventing your Japanese is going to mean changing your approach. It can be a tough message to swallow, but getting disturbed about the ineffective status quo is the first step to finding the motivation to change.

So, what are you going to replace those activities with? That is what we’ll look at over the whole series.

What Fires You Up?

But before that, you need to be clear about those things which are going to fire you up and motivate you to study. Don’t underestimate the importance of this. Most people fail because they can’t get motivated enough to do the work.

Your new aim is to choose your own way of studying, not to let it choose you.

Look at your list. Have you done any of these things regularly since being in Japan? If not, it’s time to take back your passions. The things on this list are going to become the backbone of your study.

In this first post in the series we’ve looked at how you’ve been studying Japanese previously, and committed to changing course. We’ve looked at what really turns you on back home, and we’ll be using this insight throughout the series to set you up for that black belt!

Lastly, don’t be put off by the simplicity of what I have asked you to do. Getting this bit right will pay off later. If you haven’t made the notes, go back and do it now. And keep the notes somewhere safe – you’ll be needing them!

Continue the lesson with Lesson 2: How to Make Words Stick.