Kanji Cheat Sheet: How to Navigate the Japanese Train System

Keep calm and find the right station exit with this guide to catching the train in Japan!

My relationship with the Japanese train system has always been complicated. There are times when I’m able to navigate it well enough to feel almost like a Tokyo native and times where I feel like I can’t even read the English signs.

Coming from Manila, which only has three working train lines, terrible traffic, and barely any sidewalks, acclimating to the Japanese train system was like jumping into the deep end of a shark-infested swimming pool.

I couldn’t understand how one station could have over 30 exits (I’m looking at you Shinjuku Station).

I first visited Japan in the fall of 2016 and despite months of preparing, I still got lost. I couldn’t understand how one station could have over 30 exits (I’m looking at you Shinjuku Station). Sit down and buckle up kids, let’s get into the most commonly seen Kanji in Japanese train stations.

Picture this, you’ve just arrived at Shinjuku Station and it’s as busy as ever. You fumble your way around the massive station trying to look for a way to get to your Airbnb/hostel and all you have on hand is the train line, station name, and station exit.

First what you would want to do is figure out the kind of train you’ll need to take. Is it a subway line 地下鉄(chikatetsu)? An overhead train 電車 (densha)? 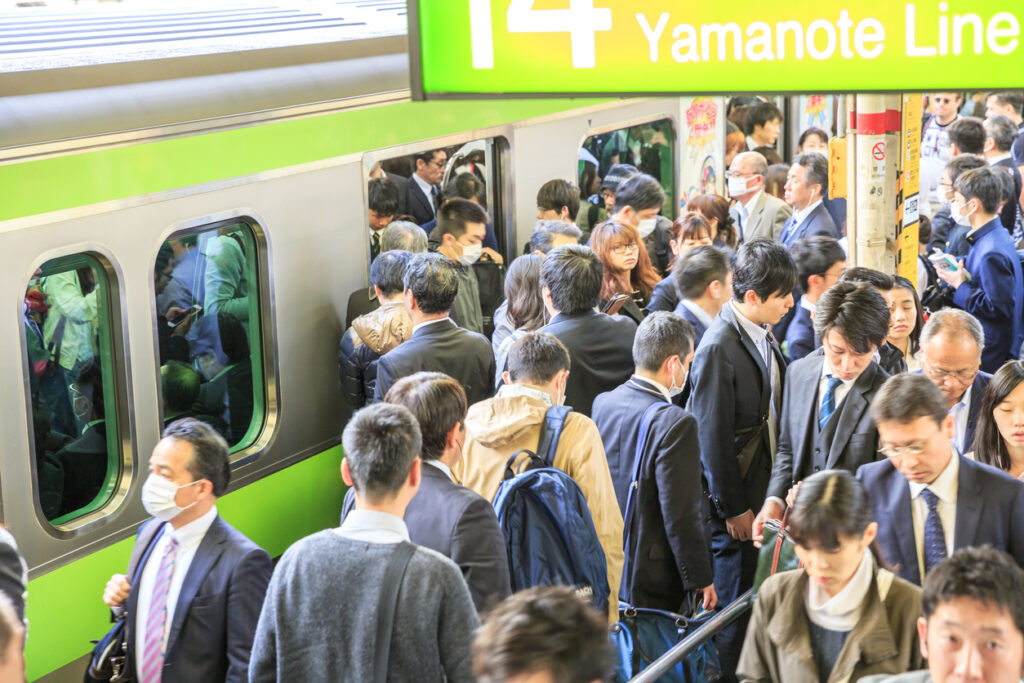 Second, you’ll want to know the train line name often marked by 線 (sen). Once you find out what kind of train you need to take, buy your ticket or IC card and then get on the train platform. Be extra careful with which type of train you’ll be taking because some don’t stop at every station.

Express 急行 (kyuukou) trains make the least amount of stops while local trains 普通列車/各駅停 (futsuu-ressha/kakueikiteisha) drop by each station along the line.

A quick way to check which type of train it is is to look for the small timetable which hangs from the ceiling of the platform. This will show you the type of train in kanji.

Seating on the train

Depending on which train car number you hop on, you might notice signs that have 女性専用車 (joseisenyousha) plastered on the windows which mean that during a certain time of day, only women are allowed on that specific car. However, more often than not each train car has 優先席 (yuusenseki) which means priority seating for the elderly, pregnant, or people with disabilities.

As you pull up to your desired station, you might feel a bit overwhelmed with the sheer amount of exits. At this point, all you gotta do is just follow the signs depending on which direction is nearest to your destination. For example, if your hostel is nearest the north exit 北口 (kitaguchi) don’t make the mistake of using the west exit 西口 (nishiguchi).

As complicated as it may seem, it’ll only take you a few tries to get the hang of commuting in Japan. If all seems lost, approach any of the friendly train staff who will be more than happy to point you in the right direction!