Earthquake and tsunami alerts in Japan can be quite jarring. Keep calm and carry on with this guide.

One of the scariest alerts you’ll hear in Japan is hands down the infamous earthquake alarm. Blasted on cell phones throughout the potentially affected areas, the “Earthquake Early Warning” (緊急地震速報) notice has had my heart leap out of my chest a good number of times.

Some residents have even said that the alarm is scarier than the actual earthquake and to some extent, I have to agree with them. While not all earthquakes are given prior notice, when an alert is sent out it’s important to try to understand the displayed information as natural disasters aren’t uncommon in Japan. 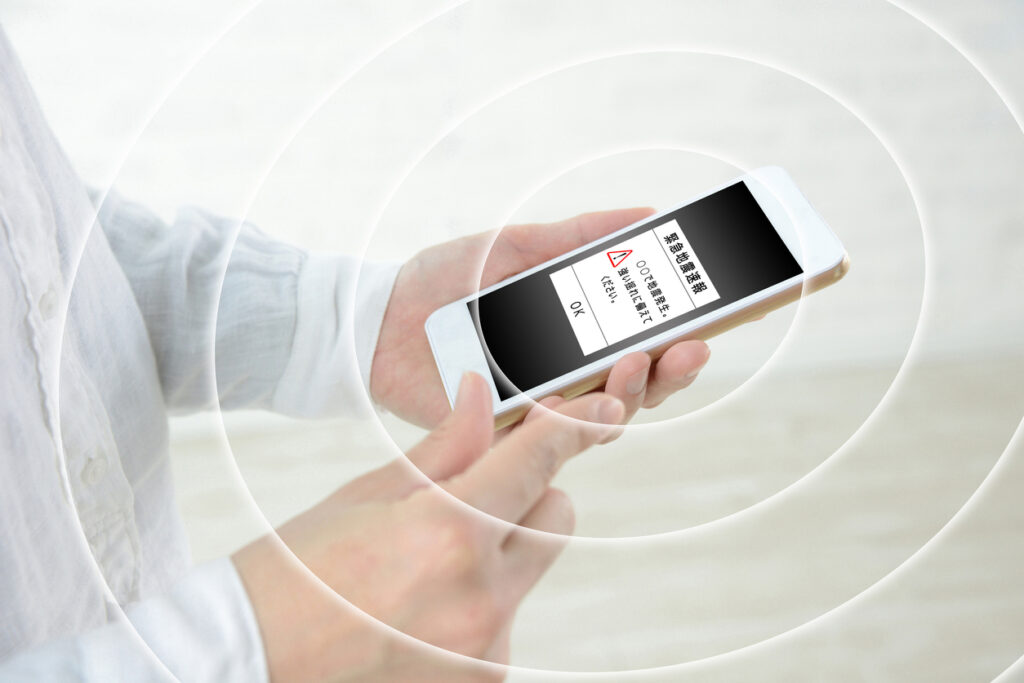 Once you get over the initial shock and climbed down back from your ceiling, here’s an example of what the alert says:

In English, it translates to:

Off the coast of Fukushima Prefecture, an earthquake has occurred.

On the uppermost part, you’ll see the Earthquake Early Warning header. Right below the official title of the message, it will tell you whether the earthquake happened offshore (沖で) or in a prefecture (県). The sentence that follows will tell you to prepare for strong tremors or aftershocks (強い揺れに備えてください).

For tsunami warnings, they are normally broadcasted on TV. Since there’ll most likely be a diagram involved, it’ll be much easier to understand which areas have the most potential damage.

The early tsunami warnings are normally color-coded into severity from the highest tsunami alert (大津波警報) down to the advisory level (津波注意報). As for the estimated height of the tsunami (予想される高さ), it will normally be shown beside the projected time. Look out for the following characters that will be displayed on the screen.

While we can’t entirely predict each and every natural disaster that might happen, packing an emergency bag and being able to read the alerts on TV is the first step in staying safe.

It’s worth noting that if you’re watching the news on public broadcaster NHK, you can also switch the audio to English by pressing (音声切換) on your Japanese TV remote.