Kanji Cheat Sheet: Finding Vegan and Halal Products at the Supermarket in Japan

Vegan food is notoriously hard to find in Japan. Luckily we’ve got you covered with this ultimate guide.

In the last 10 years, and increasingly so in the last three, the booming numbers of visitors to Japan have spurred a greater understanding of different eating habits, including vegan and halal diets. In major cities across Japan, the number of vegan-friendly and halal-observant restaurants has blossomed, a huge improvement over the situation when I first moved to Japan all those years ago.

…even if the label doesn’t show any animal products, there may be traces of things like fish broth…

That being said, food labeling in supermarkets and convenience stores is trailing behind many other countries. Part of this is definitely a language issue. We certainly can’t blame Japanese companies for labeling their products in Japanese, or for covering imported food labels with Japanese ones so locals can read them.

However, there is also a nasty little secret behind food labels in Japan. When extracts and additives fall below a certain percentage, food companies are not required by law to include them on the label. This means, even if the label doesn’t show any animal products, there may be traces of things like fish broth, milk powder or weird animal-based amino acids lurking in your food. Buyer beware.

How to Shop in Japan as a Vegan 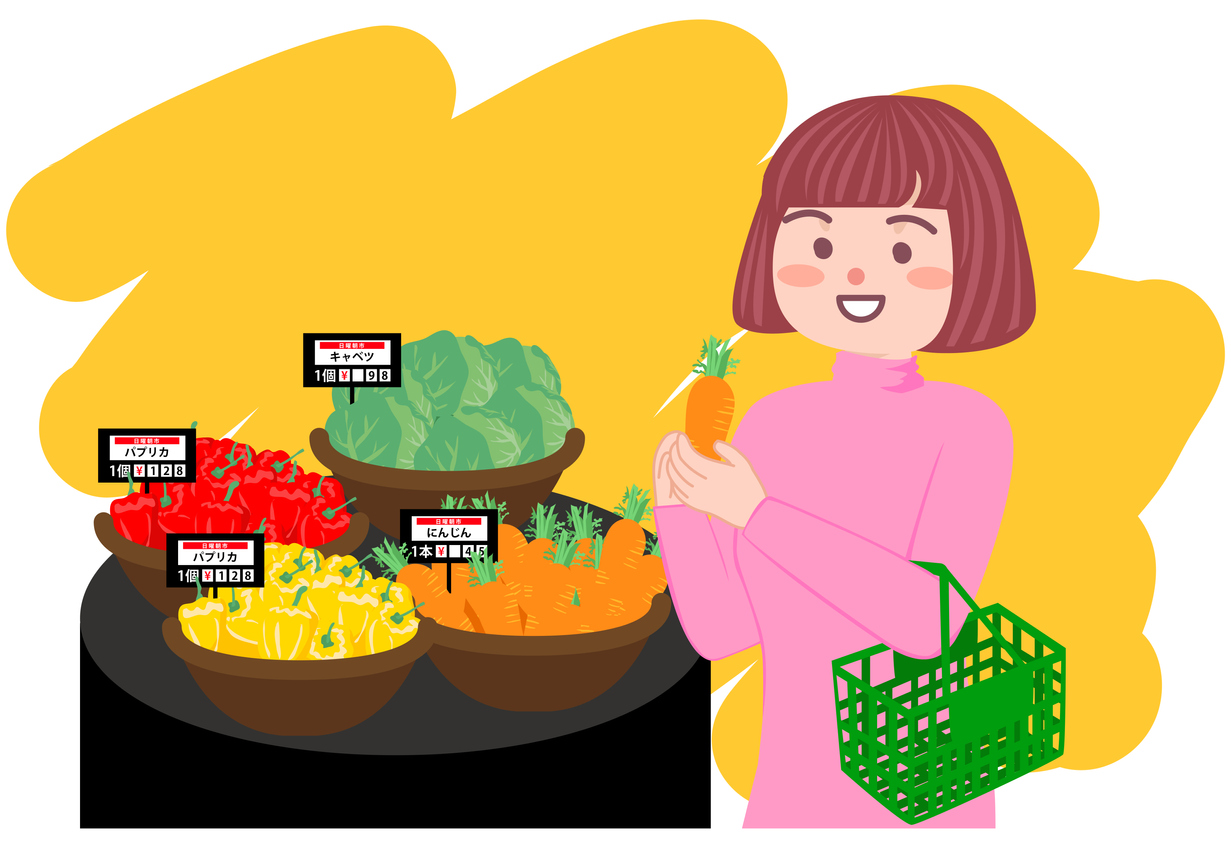 My recommendation for everyone living in Japan is actually to avoid supermarkets as much as possible and shop at independent stores. A local grocer is likely to have fresher, tastier fruit and veggies—also less plastic waste. A neighborhood tofu maker will actually be able to tell you what goes into their product since they make it.

However, I recognize that this is not always realistic, and sometimes the only option is stocking up at a supermarket. In which case, I recommend shopping around the outer aisles and avoiding the processed foods in the center as much as possible.

One of the tough parts of reading labels, even when you’re pretty confident in your language abilities, is that there are many different ways of writing similar things. Starting from the basics and then working our way into the nitty-gritty details, here is a primer of characters to look out for, including radicals.

To save time, when checking a prepared or packaged product, I first do a quick scan of the label for these common characters and words, something most vegans in Tokyo quickly become adept at doing. It saves the time and effort of going through each ingredient of every product you are thinking about buying.

Be sure to check the allergy (アレルギー) and “may include” (含む fukumu) sections toward the end as well, where often one will find out there are traces of eggs or milk in things you wouldn’t expect to contain them.

Note that soy milk (豆乳 tonyu) is usually okay, however, the sweetened type often has odd non-vegan additions like lanolin, calcium lactate or emulsifiers. If you wish to avoid those go for the unsweetened (無調整 muchousei) versions, or opt for the sweetened versions from Sujhata or Aeon, which are definitely vegan. Products from non-Japanese companies like Alpro or Almond Breeze are safe as well.

Types of Meat and Derivatives

While the kanji for meat (肉) is usually included, sometimes in the case of extracts or broth the type of meat will be listed instead.

The Many Names of Fish in Japan

Fish and fish stock are what we vegan professionals in Japan refer to as a Giant Pain in the Butt®. All jokes aside, fish stock is the most commonly used broth in traditional Japanese cuisine. It ends up in most soup bases (like tsuyu or miso soup) and bottled sauces. I end up stocking up on fish/animal-free basics like mentsuyu, dashi and miso at shops like Lima or Natural House, and treating myself to an occasional splurge from National Azabu in Tokyo or iHerb.

We have already covered the general character for fish (魚 sakana), seafood (魚介類 gyokairui) and shellfish (貝 kai). The individual names of fish often include the kanji 魚 as a radical, one of the parts that make up the kanji of the fish’s name. Here are a few common examples:

You can see that the first part of the kanji for the various fish includes the radical 魚 (albeit a bit squashed up), and in the case of mackerel pike, it is the final character of the name.

Now, just to make things more complicated bonito, the most common fish used in stock and flavorings, is not usually written in kanji but rather in hiragana.

Shellfish like shrimp and oysters get written up in a dazzling variety of ways and are often written out in katakana or hiragana. The kanji usually include the radical 虫, but not always:

Watch out for sneaky additives

As mentioned above, soup bases and stocks are a big issue, as are extracts (エキス) which end up lurking in all sorts of foods. Watch out for these words below.

The amino acids (アミノ酸) added to a lot of convenience foods also pose an issue, as companies do not list if they are of plant or animal origin.

Tips for eating Halal in Japan

Halal and veganism aren’t usually put in the same category, as the reasons behind these two dietary choices are different, however, both groups face similar issues when making food choices in Japan.

Even things like sweets and drinks may harbor traces of alcohol, gelatin or animal fats!

Many foods may seem to be halal but actually contain haram ingredients. Sushi rice is often mixed with mirin (rice wine) and many common Japanese prepared foods are made with non-halal meat (including pork), and flavored with soy sauce, miso or sake. Even things like sweets and drinks may harbor traces of alcohol, gelatin or animal fats!

While some visitors mainly avoid non-halal meat and drinking alcohol, if you are concerned about eating less obvious haram foods, you can either eat out at restaurants listed in the Halal Gourmet Japan guide or check out vegan restaurants, making sure to ask if there is alcohol in any of the dishes before ordering.

In addition to the kanji shown above for types of meat and animal fats, there are a few more words those who keep halal should be on the lookout for.

Does all this sound rather annoying? You bet it is! The vegan community in Japan is currently petitioning the government for better labeling, you can add your signature here.