Kanji Cheat Sheet: Figuring out the Buttons on a Japanese Toilet

Although originally developed in Europe, high tech bidet toilets have become a kind of symbol of Japan. While you’ll occasionally find the old-school squat toilets, the “super toilet” or a washlet as it’s sometimes called, has nearly become the de facto standard. In 2016, Japanese consumer surveys estimated that 81% of households in Japan had bidet toilets installed. 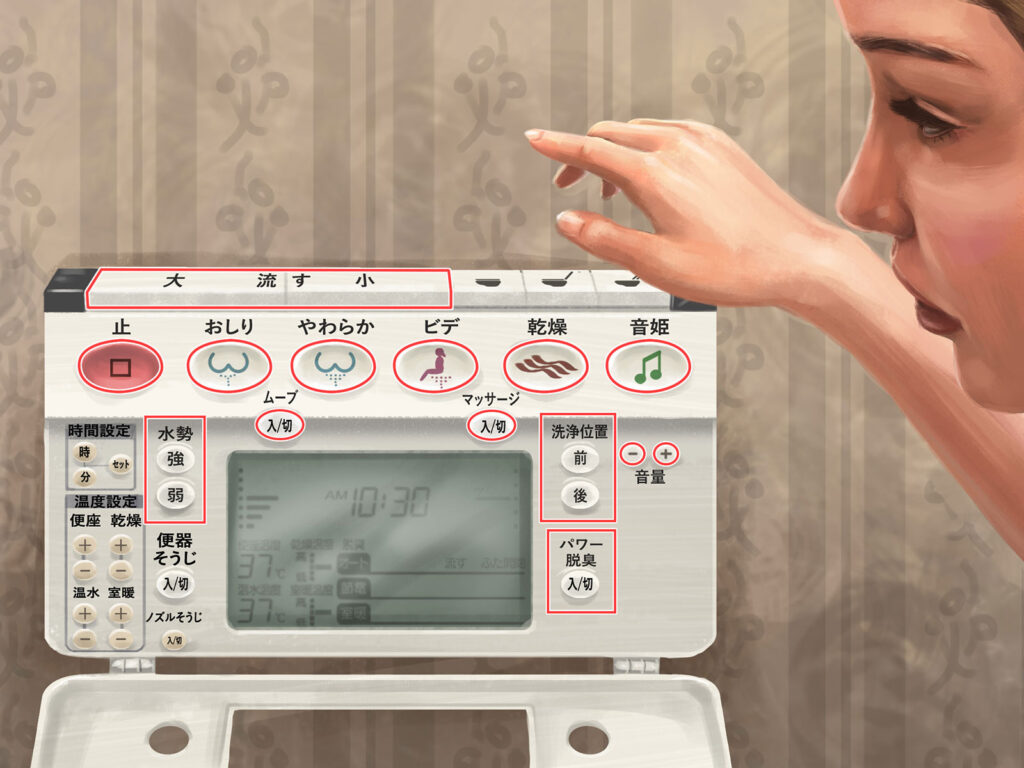 Besides offering better hygiene options than standard toilets such as automatic seat cleaning and lid opening, they can come with several features such as blow dryers, massage options, and wireless control panels. I personally won’t even sign for an apartment I like without a bidet installed because once you try one, you can never go back.

First of all, though, you’ll need to know what kanji to look for in Japan when nature calls.

Bidet as it may

Recently, Japanese toilet manufacturers have started rolling out tourist-friendly bidets. The iconography of toilet control panels has been unified, and English wording is becoming more frequent. Nevertheless, you’ll still find plenty of toilets with Japanese only. The last thing you want to do is to accidentally blast your backdoor with a jet stream of cold water because you couldn’t understand the kanji.

So that you don’t stress yourself out while doing your business, we’ve gathered the most common kanji you’ll find on a Japanese toilet’s control panel.