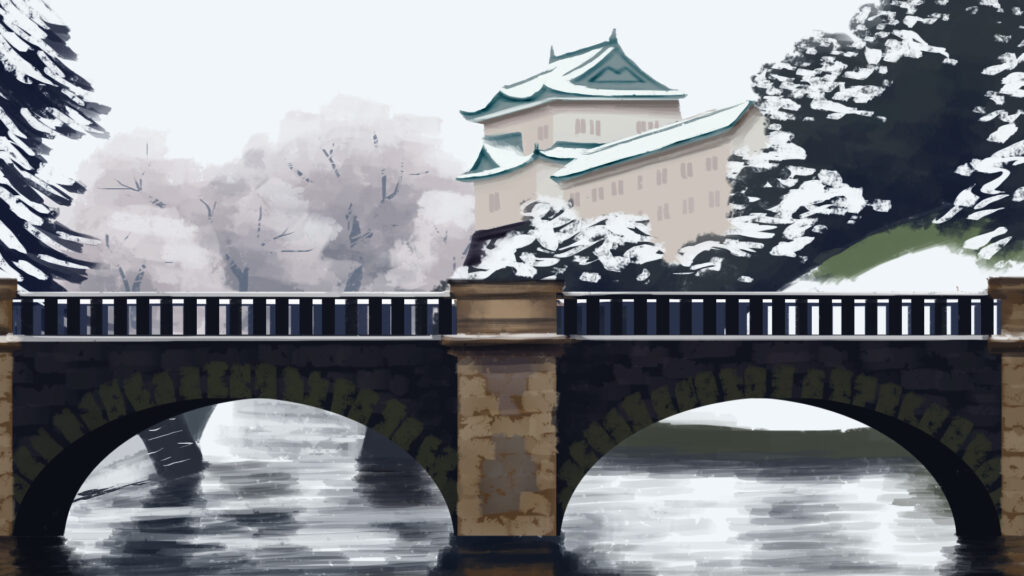 The Emperor’s Birthday is a national holiday in Japan that is celebrated on 23 December. The date is determined by the reigning Emperor’s birthdate who was born on this date in 1933.

The Emperor’s Birthday天皇誕生日・てんのうたんじょうび, is determined by the birthday of the reigning Emperor of Japan. The birthday of the present Emperor, falls on the 23rd of １２月じゅうにがつ・December, and the holiday has been observed on that date since 1989 when Emperor Akihito acceded the 皇位こうい・Chrysanthemum Throne.

On the occasion, the gates of the 皇居こうきょ・Imperial Palace in Tokyo are opened to the public and the Emperor, the Empress and many other members of the Imperial family appear on the balcony of the palace to receive birthday congratulations and to greet the crowd.

The Emperor’s Birthday is one of only two holidays during the year when the public may enter the inner grounds of the Imperial Palace (the other being お正月おしょうがつ・New Year’s Day). Ever wanted to see and hear a real Emperor? This is one of your best chances to do so.