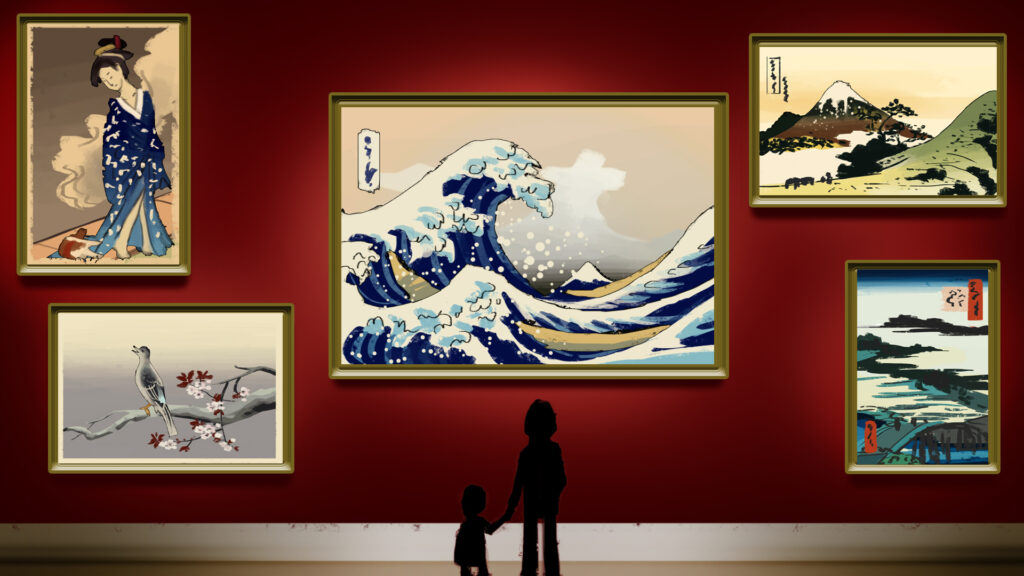 Culture Day is a national holiday held annually in Japan on November 3 for the purpose of promoting culture, the arts, and academic endeavour. Festivities typically include art exhibitions, parades, and award ceremonies for distinguished artists and scholars.

November 3rd was first celebrated as a holiday in 1868 when it was the birthday of the 明治天皇めいじてんのう・Meiji Emperor. After his death in 1912 it ceased to be a holiday until 1927 when it was rebranded, 明治説めいじせつ・Meiji Setsu in honor of the late Meiji Emperor.

After the promulgation of the post-War constitution in 1947, it was rebranded as Culture Day, or 文化の日ぶんかのひ・Bunka no Hi, a day for the promotion of arts and academic endeavour.

Today, 文化の日ぶんかのひ・Bunka no Hi is marked by art exhibitions and cultural festivities many of which are arranged by local governments. Many colleges and universities announce or present new research projects on Bunka no Hi and many elementary and junior high schools have art exhibitions or culture festivals to mark the occasion.

The town of 箱根はこね・Hakone in 神奈川県かながわけん・Kanagawa Prefecture holds one of the most famous such events known as the 大名行列だいみょうぎょうれつ・Daimyo Gyoretsu or Feudal Lords Parade, which exhibits the clothing, costumes and traditions traditions of Edo-era Japan.

The most prestigious of all 文化の日ぶんかのひ・Bunka no Hi events is the Order of Culture award ceremony presided over by His Majesty The Emperor himself. Order of Culture awards are given out to anyone who has significantly advanced 科学かがく・science or arts or culture, and is one of the highest honors awarded by the 天皇てんのう・Emperor.

While this award usually goes to Japanese citizens, foreigners have been recipients in the past, most notably the Apollo 11 astronauts and the literary Scholar Donald Keene.